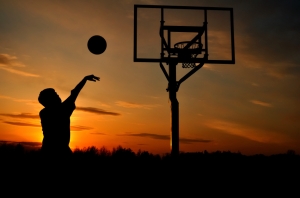 Whether or not you’re a basketball fan, you’ve probably heard of Phil Jackson, the “Zen Master” who led Michael Jordan and the Chicago Bulls, and then Kobe Bryant and the Lakers, to a record-setting 11 NBA championships.

He’s currently the president of the New York Knicks and just announced that the team is undergoing mandatory mindfulness meditation training.

As someone who has practiced mindfulness meditation for 20 years and teaches it to my patients, I was thrilled to hear this news—but not because I’m a crazy Knicks fan. (Truth be told, as a Duke alumni I tend to follow Coach K and the Blue Devils more than the pro teams).

I was thrilled because I know that mindfulness meditation will improve more than the player’s athletic ability.

It will teach them to focus on the present moment (on and off the court) without being judgmental. And when you’re engaged in the present you’re not thinking about the past or future. It’s teaching them how to get into Wise Mind.

I think Phil Jackson knows this too. “You have to be in the moment. Being in the moment requires a certain sense of presence,” Jackson said to ESPN. “It will help them be focused in their job.

You don’t have to be a professional athlete to benefit from mindfulness meditation.

If you want to improve your tennis or golf game, or train for a marathon, you’ll be better at any sport by adding mindfulness meditation to your training regimen.

Give it a try and let me know how it works for you in the comment section below.