Robin Williams and the Stigma of Depression 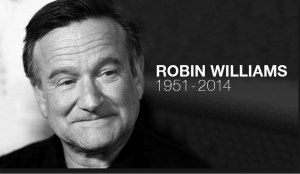 It’s been one year since Robin Williams died by suicide, and it’s a sad reminder that depression is indiscriminate.

Although it’s the most common mental health disorder in the US, depression is treatable. However, we still need to tackle the negative stigma of depression because 80% of people suffering with depression don’t seek treatment.

This breaks my heart, because depression is at the root of most suicide attempts, and as a psychologist I know that it’s highly treatable—even in its most severe forms.

I think the main reason why people don’t seek treatment is because there are so many myths about this illness. My goal is to debunk those myths and I wrote a post specifically about that for Psychology Today that you can read here.

Please remember, that if you or a loved one is suffering from depression, you don’t have to deal with it alone (read this post for information on how to cope with depression). The key is to take small steps and seek professional help.

I think that Robin Williams, a man who brought so much joy to millions of people, would want us to learn from this loss and stop perpetuating the problem of people suffering with depression in silence.