How to Break the Pattern of Dwelling on Past Mistakes

It’s time to move on from your missteps. Use these 4 tactics to let go of negative experiences and live happily in the present.

Jennifer Bright Reich was in the fifth grade when she attended an open house at her elementary school with her parents and her little sister. Chatting with her teacher, Reich jokingly divulged one of her sister’s secrets, embarrassing her in front of the group.

The secret was not particularly scathing, Reich admits, but she still isn’t able to repeat or even type what she said that day without becoming overwhelmed with guilt. Thirty-six years later, her sister doesn’t remember the incident at all, but Reich, of Allentown, Pennsylvania, thinks of it often—and is besieged by regret each time.

If you’re prone to rehashing, overthinking, fixating, obsessing, dwelling or whatever you like to call it—psychology experts call it ruminating—you probably have many such incidents branded on your brain. The time you told that tasteless joke at a meeting. The deadline you missed. The time you made a comment that could have been misconstrued as racist, sexist, ageist, snobbish or simply unkind. The opportunity you didn’t take. The opportunity you did take but then blew. The Facebook post that sounded braggy. The times when you should have taken a stand but didn’t.

Whatever the stuff is that keeps you from falling asleep at night or wakes you up in the middle of it. The things that pop up in your thoughts when you are taking a walk or washing the dishes and make you utter harsh comments—I’m so stupid! or What was I thinking? or Everyone must hate me!—to yourself.

Rumination, as defined by the late Susan Nolen-Hoeksema, Ph.D., the Yale University psychology professor who pioneered research in this field, is the compulsively focused attention on the symptoms of one’s distress and on its possible causes and consequences as opposed to its solutions. In layman’s terms, it means you can’t stop thinking about the various aspects of a situation that are upsetting.

When you return home from a charity fundraising event, say, instead of focusing on how much money you helped raise for a good cause, you might dissect all the conversations you had and chastise yourself for dumb, embarrassing or rude comments. Or if a business you started fails, you might spend years berating yourself for poor decisions rather than considering the lessons you learned and the contacts you made.

Rumination involves not just noticing the negatives, but continuously experiencing them. Whether you get stuck on the big stuff (a divorce) or the small (that lame joke you made), dwelling ensures that you live in those real or perceived moments of weakness indefinitely.

“Ruminating is debilitating,” says Erin Olivo, Ph.D., assistant professor of medical psychology at Columbia University College of Physicians and Surgeons in New York City and author of Wise Mind Living: Master Your Emotions, Transform Your Life. “Our emotions rise and fall relatively quickly under normal circumstances. But ruminating re-triggers all those same emotions—shame, sadness, anger—over and over. From your brain’s point of view, there is no difference emotionally between experiencing the negative event and thinking about the negative event. And when those negative emotions are elevated on a chronic basis, that’s stress,” she explains.

Stress, of course, can lead to depression and anxiety disorders. The studies of Nolen-Hoeksema found that ruminative thinking often precedes depressive episodes and makes them last longer. Dwelling is also strongly associated with binge-eating, binge-drinking and self-harm.

“It’s when reflection turns to brooding that it becomes a problem.”

Before you start ruminating about your rumination, keep in mind that dwelling on past events is a normal and adaptive part of being human. Judson Brewer, M.D. and Ph.D., associate professor of medicine and psychiatry at the University of Massachusetts Medical School, uses MRI neuro-imaging to investigate the effect of mindfulness training on the brains of his study participants. When he asked his control-group participants to simply relax and not think about anything in particular, scans showed that their brains supposedly at rest were actually worrying and ruminating. With no immediate stimuli, threats or tasks, the brain wanders to past and future events, looking for problems.

In the rare moments our earliest ancestors might have had for peaceful alone time, this “default mode network” as neuroscientists call it, might have made the difference between life and death: She won’t eat those purple berries again, for example, and she will make a loud noise the next time she spots a tiger. Introspection and rehashing remain essential for problem-solving and self-improvement today, too. In fact, self-reflection is associated with lower depression levels over time in longitudinal studies.

It’s when reflection turns to brooding that it becomes a problem—think of the difference between the health benefits of a glass of wine a few times a week to the damaging effects of alcohol dependence. Moderation is key, but the tone of your mulling is just as important.

Brooding entails self-judgment while reflection does not, says Wendy Treynor, Ph.D., a social psychologist in Los Angeles who co-authored a 2003 rumination research analysis with Nolen-Hoeksema. “Reflection leans closer to self-acceptance rather than self-criticism,” she says. Ask yourself: When I dwell, is it constructive? Are you figuring out ways to avoid bad experiences in the future or deal with them better? Or are you allowing your self-esteem to take repeated beatings with no relief in sight?

“Moving on” is not always a panacea for all matters of mental health, but when it comes to ruminating, it eventually needs to be. Moving on is easier said than done, of course, when your mind has been trained over time on these cyclical thoughts. “It’s like my brain gets stuck in a loop, and I can’t get out of it,” Reich says of her dwelling habit.

You’ll need to devote time and effort, but you can use the following tactics to make progress.

Reich, 45, didn’t just dwell on the time she betrayed her sister. While driving, doing laundry or sitting at her computer, she would review the conversations she’d had in the past week or so, picking out anything she felt was unkind. “I was constantly beating myself up for saying what I felt later was the wrong thing.” The rumination led to anxiety about future social interactions and affected her work. “I was occupying my mind with so much rehashing and regret that I wasn’t able to focus on my writing and business. It was such limited thinking.”

As a writer and the founder of MommyMDGuides.com and The Mommy MD Guides book series, which feature pregnancy and parenting tips from doctors who are also mothers, Reich realized that she edited her writing every day for work. Why couldn’t she edit her thoughts?

So now when she has a typical ruminative thought like, Gosh, I shouldn’t have done that. I’m so embarrassed! she tells herself, DELETE, DELETE, DELETE. “Then I write a new thought, like, Moving on, what can I learn from that? How can I do better next time?”

Over time, Reich’s inventive approach considerably reduced her ruminating. And it’s a strategy backed by experts. Recognizing when you’re ruminating and catching yourself, as Reich does, is the first step in getting unstuck. Olivo advises her patients to keep a journal of when and why they dwell. What were you dwelling on? What were you doing when you began dwelling? How long did you ruminate?

“The next step is to imagine a stop sign in your mind when you have these thoughts and then shift your attention to something else,” Olivo says. If you were working at the time, get back to it. If you’re in bed or doing something mindless, divert your mind with “thinking tasks that don’t involve emotions,” Olivo suggests. Examples: List the states in alphabetical order, count backward or name as many presidents as you can. “You want the task to be very neutral, because even making a grocery or to-do list can get you back into dwelling negatively.”

The idea is to break the ruminating habit.

Give your fixation a framework.

You don’t have to become a state-listing, backward-counting drone, though. There’s still a time and place to contemplate your past hurts, disappointments and embarrassments. But instead of letting your thoughts wander when you remember that client you lost or the awkward conversation you had with your child’s teacher, give your rehashing some structure.

Writing things down can be helpful, Olivo says. She likes to create a four-part pros and cons list: the pros and cons of losing the client (you have more time for your kids now, but you lost revenue, for example), and then what the pros and cons of keeping the client would have been (your pride wouldn’t be wounded, but you also wouldn’t have learned some important lessons). “It may feel repetitive, but it helps you to really think things through practically without your train of thought derailing into What’s wrong with me?” Olivo says.

Expressing to someone out loud, “I’m spinning about this and need some perspective,” can also be a quick fix, even if you think what you’re dwelling on is silly, like the rant you impulsively posted on Facebook and regretted immediately. Just be sure to pick an objective, supportive confidant—a person who may or may not be your partner. “You don’t want someone to get into the drama of it and co-ruminate with you,” Olivo warns.

Sharing with others also helps connect your regrets and hang-ups with those of the world at large. We’re all human. We all make mistakes. We all feel angry, sad and ashamed sometimes. Recognizing this common humanity can alleviate personal distress, says Kristen Neff, Ph.D., associate professor in the department of education at the University of Texas at Austin. A self-compassion and mindfulness researcher, Neff believes that accepting this primal common core of ourselves (and fellow earthlings) is a fundamental part of living in the present instead of dwelling on the past.

“We can stop taking the universe so personally,” Jon Kabat-Zinn, the mindfulness pioneer who created the Mindfulness-Based Stress Reduction program at the University of Massachusetts Medical School in 1979, has famously said.

“Mindfulness is an antidote to rumination,” Neff says. Why? Because rumination causes stress, which mindfulness has been shown in multiple studies to reduce. With stress reduction comes less depression. In one surprising 2010 study, mindfulness training was found to be just as effective as antidepressant medication, and better than a placebo treatment, in protecting those who had experienced depressive symptoms in the past from a relapse of depression.

“Being mindful and present allows us to escape our fixation on the past and the future and be open to what is,” Neff says.

How do you become more mindful? You can start by downloading The Mindfulness App ($2.99), searching out Kabat-Zinn’s program at MindfulnessCDs.com or by taking a meditation class. In general, though, mindfulness involves paying close attention to your breathing, noticing what you’re sensing—the smell of the rain, the feel of the cold wind on your arms, the taste of your toothpaste in your mouth—in any given moment and appreciating the things, people or experiences that make your life better moment by moment.

When you find yourself caught up in the past, bring yourself back to the present by taking five minutes to sit still and observe all the sights, sounds, smells and sensations around you, Neff recommends.

Most pointedly, you might also find reassurance in the mindfulness tenet that your thoughts and ideas don’t define you. You may repeatedly tell yourself you were dumb to try to write a book, say, but that doesn’t mean you are. Your thoughts are just passing breezes, the philosophy goes. If you choose to believe that, it’s much harder to get caught in a web of negative I-should-have-done-something-different thinking. Even without that component, though, practicing mindfulness is still a proven brooding buster. 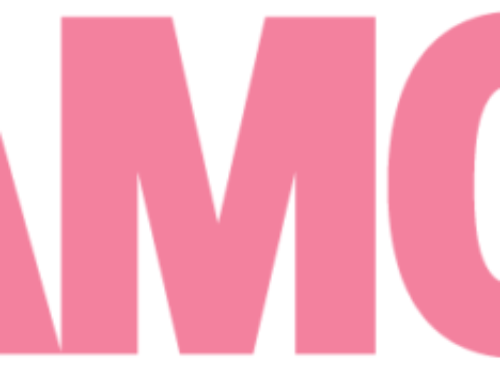 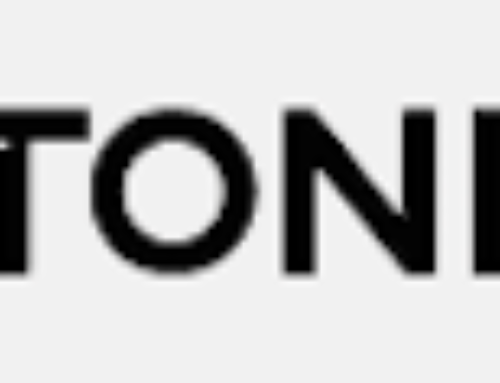 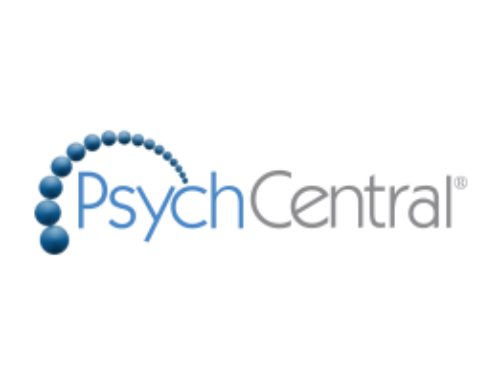 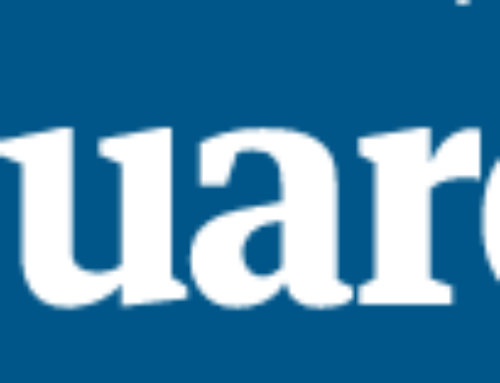