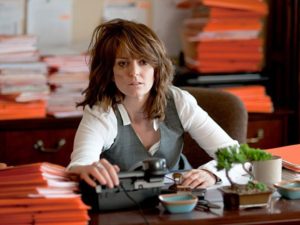 These Women Prove That Work Burnout Is Real—and Beatable

Recently, I posted on Facebook asking whether young women have felt burnout at work, and let’s just say the response was swift.

I’m not surprised: I’m only two years into my current job, but I’ve definitely felt it too. I often shrug it off. “I don’t deserve to feel overwhelmed,” I’ll say. “I’m not even that far into my career—I don’t have the right to be stressed.”

Whether we admit it or not, women are burning out. A McKinsey study showed women account for 53 percent of corporate entry-level positions, but they make up less than half of midmanagement jobs and vice president and senior manager positions. Only 11 percent of women are leaving jobs to have children, so other factors like career satisfaction, always-plugged-in environments, and high expectations make up the rest of the disparity.

The word burnout gets thrown around a lot, so it’d be easy to assume it’s just a catchall term for stress and exhaustion, but it’s more than that. And what does it actually feel like?

According to the American Psychological Association, burnout is an actual disorder, with diagnosable symptoms.

Emilie Aries, 29, founded Bossed Up in 2013 to help women beat burnout and build sustainable success after she experienced it herself. Those symptoms? They could look like physical and emotional exhaustion, cynicism and detachment, or feelings of ineffectiveness and lack of accomplishment.

“Then lay that over with systemic racism and systemic gender bias, and that’s where women begin to feel a real lack of agency,” Aries says.

Even the things that are supposed to help us decompress are stressing us out. A recent survey by the U.S. Travel Association’s Project Time Off even found that 51 percent of millennial men used their vacation time, compared with 44 percent of women; even though women said taking time off is “extremely” important to them, high stress and workload, coupled with the fear of seeming less committed to their job prevented women from actually taking time off.

Aries believes there are key triggers that could lead to burnout symptoms: lack of rest, an absence of community (or people that support you in your life), a lack of agency (feeling like you are not in control of your life), and a lack of purpose.

“It’s important to ask yourself: What is triggering my burnout and what do I need to set myself up for sustainable success?”

In her first job out of college as the youngest state director for a national Democratic advocacy group in the country, Aries burned out. She felt like she was never doing enough and that she had to prove herself worthy of her job. That led to behaviors like “having my Blackberry and phone in my hand before my feet hit the floor every morning. When you come to work every day with fragile self-worth, you set yourself up to burnout.”

“I was hustling across the Rhode Island on behalf of newly elected President Obama, hosting events every night. I went from being a college athlete to not stepping into a gym for about three years,” she says.Aries’ low point was when she was driving through her alma mater’s campus. Exhausted and hunched over the steering wheel, she was mad at herself for feeling tired. She saw students lugging their bags home for Thanksgiving break and felt incredible envy.

“I thought, if I want to have a sustainable career, I’m going to have to change,” she says. “Because the way I was working was not working.”

For Aries, that meant having zero work-life boundaries and a toxic relationship holding her back. She left that job, ended the relationship, and decided to put herself first. Soon after, she negotiated a high-paying job in Washington, D.C., that allowed her to leave work at work every day, and that gave her the freedom to pursue side gigs.

That flexibility led her to work on starting her own company four years ago and helping other women plan for success. She’s now a nationally recognized speaker and provides training programs for women navigating career transition; she also cohosts HowStuffWorks’ feminist podcast Stuff Mom Never Told You.

“I had this newfound swagger that I could do whatever needed to be done. I took my life back in a very physical way,” Aries says.

Claudia C., 26, was working full-time at a law firm in Miami while in law school when she started feeling burned out. It was her first job in the legal field, and she felt pressure to perform—even doing administrative tasks that were out of her job description. She ended up working over 20 hours a week while balancing school, preventing her from studying for the bar exam.

“I’m incredibly hardworking, but since I was working full-time, I was at the bottom of my class,” she says. She ended up not passing the exam.

“I’d get home crying some days,” she says. “It got to a point where I said, ‘There is nothing better out there.’”

But she started sending out applications. She got hired at another firm; Claudia told her new boss up front that she’d need to work less to study for the upcoming bar and take a few weeks off before the exam.

“It’s super important to set your boundaries at work,” she says. “You don’t have to be superwoman every day to keep your job.”

For Bridget Todd, 32, a digital manager at Planned Parenthood, her burnout breaking point came after collapsing in an elevator at work. She was working as a social media editor on the night shift at a major news organization in New York City, coming home at midnight or later every night, and eating fast food for dinner. Because of the nature of her job, she was chained to the 24-hour news cycle. “I probably have never been more sad or depressed in my life,” she says.

As a black woman in media, Todd struggled with feeling like she needed to prove her worth twice as much as her white counterparts and had to stay silent about how she was feeling.

“I had this idea in my head that I was lucky my employer was even taking a chance on me,” says Todd. “There aren’t that many women of color in media, and I didn’t want my white bosses to think, When you hire black women, they complain about the hours. I thought, if I sound the alarm, then I’m going to get pegged as the problem.”

The day she fainted in the elevator, Todd was fighting through a cold. When the nurses at her office evaluated her, they told her that she fainted from exhaustion and dehydration.

“That was a huge turning point because I realized you don’t have to kill yourself to make a good living,” Todd says.

Todd left her job a few months later. Her schedule is more balanced now, but she does still battle stress. “I have to go to a yoga twice a week or my life falls apart,” Todd says. “Identify what keeps you sane, whether it’s meditation, or vegging out in front of the TV, and stick to that no matter what.”

Todd cohosts Stuff Mom Never Told You with Aries, where they’ve discussed how to avoid burnout, and she’s spoken on panels about burnout and women in politics.

So What If You Can’t Leave Your Job?

You can’t always leave a job to cure burnout. But Aries says the first step to take control is to identify stresses—both big and small.

“It’s harder than it sounds,” she says. “But is it the Monday morning meeting that makes you feel deprived of family time? Is it the fact that you’re checking email until midnight every night? What is happening in your life to make you feel this way?”

Erin Olivo, stress expert, author and licensed clinical psychologist, says, the things that actually help us manage stress are the first to go: exercise, rest, and healthy eating. So how can we keep thriving through the stress?

“My number-one tip for burnout is get more sleep,” says Olivo.

“It sounds so simplistic and ridiculous, and yet it is this restorative time that we often deprive ourselves of.”

Olivo recommends another easy remedy: more exercise. We’re not talking SoulCycle five times a week. Olivo says even incorporating small acts of movement in your day can tackle burnout: getting off at an earlier train or bus stop to walk to work, or parking further away from your building.

One of my favorites? Every day stop and write down something that was good in your life, she says.

“If you don’t have a lot to say, then the next day make sure you do something that’s going to change that,” Olivo says. “We get to choose if today is good. If you actively make that choice, you start to realize your own agency in making yourself feel good.”